Oswald Magwenzi, Country Managing Director of Zambia Sugar Plc (An Illovo Sugar Africa Company) took part in the ongoing 2022 United Nations Climate Change Conference of the Parties of the UNFCCC (COP27) panel discussion of an overview of IFCs approach to Agriculture and Adaptation including services offered by the MAS Advisory team. The discussion introduced the recently published IFC/IFAD Handbook for Scaling Irrigation Systems and focused on the way smart irrigation systems and practices can provide a pathway out of poverty for millions and increase farmers climate resilience with a particular focus on Sub-Saharan Africa and South Africa. Read more 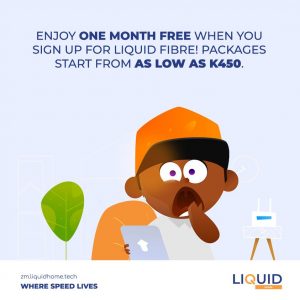 Finance and National Planning Minister Situmbeko Musokotwane says Government is determined to resolve the issues surrounding the mines on the Copperbelt. Dr. Musokotwane says Government is aware of the role the mines play in enhancing economic development and creating business opportunities. Speaking during the budget symposium in Chipata, Dr. Musokotwane said the 2023 national budget will focus on consolidating macroeconomic stability which can be seen already by the stable exchange rate and the drop in inflation. Read more: ZNBC

President Hakainde Hichilema is on Friday next week expected to launch the Marketeers’ Booster Loan Facility to empower beneficiaries with capital. Small and Medium Enterprises Development Minister Elias Mubanga has disclosed the development in Lusaka. Mr. Mubanga says the loan facility will help marketers to come up with a Tomato Processing Plant in a bid to add value to the product. He says it disheartening that the surplus tomatoes in the markets always go to waste. Read more: ZNBC

Energy Regulation Board (ERB) Director General Yohane Mukabe has said the current electricity tariffs are not cost-reflective and will need to rise by an average of 17 percent between 2020 and 2025. Speaking during the dissemination of the Electricity Cost of Service Study Results Workshop, Mr. Mukabe said the Electricity Cost of Service Study results shows that a total $14.03 billion is required in generation, transmission and distribution between 2021 to 2040. Government through ERB has started releasing contents of a specialized study aimed at determining the Zambian power systems full cost of electricity generation, transmission, distribution and supply to different customer categories. Read more: Lusaka Times

Zimbabwe had the worst performing currency in 2022 with a 76% decline against the dollar. It is followed by Cuba, Egypt and Ghana. Read more: CNBC

Amazon is planning to lay off approximately 10,000 employees in corporate and technology roles beginning this week, according to a report from The New York Times. Separately, The Wall Street Journal also cited a source saying the company plans to lay off thousands of employees. Shares of Amazon closed down about 2% on Monday. The cuts would be the largest in the company’s history and would primarily impact Amazon’s devices organization, retail division and human resources, according to the report. The reported layoffs would represent less than 1% of Amazon’s global workforce and 3% of its corporate employees. Read more: CNBC

The head of the world’s biggest cryptocurrency exchange has told global leaders new regulations are needed. Binance chief Changpeng Zhao was speaking at a conference in Bali, Indonesia, attended by heads of the G20 group of nations. The company has also announced plans for a recovery fund to help struggling crypto businesses. It follows the bankruptcy of the FTX exchange, which shook the industry and wiped billions off the crypto market. Read more: BBC News

Britain’s stock market has lost its position as Europe’s most-valued, with France taking the top spot, data shows. A weak pound, fears of recession in the UK and surging sales at French luxury goods makers are thought to be behind the shift, according to data from Bloomberg. It’s the first time Paris has overtaken London since records began in 2003. It comes as the UK is expected to fall into recession this year, although the French economy is also under pressure. Read more: BBC News

Google has agreed to a record $391.5 million settlement with 40 states for allegedly misleading consumers over its location tracking practices, a coalition of attorneys general announced Monday. The attorneys general described it as the largest multi-state privacy settlement in US history. Read more: CNN

Japan’s economy unexpectedly shrank for the first time in a year in the third quarter, stoking further uncertainty about the outlook as global recession risks, a weak yen and higher import costs took a toll on household consumption and businesses. The world’s third biggest economy has struggled to motor on despite the recent lifting of Covid curbs, and has faced intensifying pressure from red-hot global inflation, sweeping interest rate increases worldwide and the Ukraine war. Gross domestic product fell an annualized 1.2% in July-September, official data showed, compared with economists’ median estimate for a 1.1% expansion and a revised 4.6% rise in the second quarter. Read more: BBC News

GAMBLING AND FINTECH: TWO SIDES OF THE SAME COIN?