Zambia’s first treasury bill auction for 2023 opened to bids that were 6.38 percent lower than the 2022 opening year’s bids resulting in yield rates reducing for the 3-, 9- and 12-month’s paper.   According to results published on the Bank of Zambia website, the T-bill auction held on Thursday, January 12, 2023 had total bids received amounting to K3,258.34 million (face value) for an allocation of K2,000.00 million (at cost). In comparison, the open year total bids received amounted to K3,476.78 million (face value) for the same allocation. The reduction in yields for the three T-bills was 25, 50 and 1 basis points for the 3-, 9- and 12-month’s paper. Read more 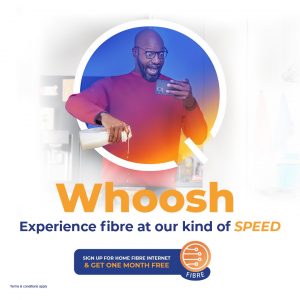 President Hakainde Hichilema has today returned from his visit to Abu Dhabi, United Arab Emirates. The President who was attending the Abu Dhabi Sustainability Week (ADSW) arrived this afternoon at Kenneth Kaunda International Airport at 15:05hrs, via the Presidential Jet. And speaking on arrival, President Hichilema described his trip to Abu Dhabi as very fruitful and beneficial to the country following agreements made for investments and development of various sectors. The Head of State disclosed that all MoUs signed in the UAE will take effect immediately and that discussions and preparations for implementation are currently underway between officials from the UAE and the Zambian officials from the Ministries of Energy, Green Economy and ZESCO President Hichilema added that the MoUs signed have an added joint development agreements which are expected to aid the speedy implementation. Read more: Lusaka Times

Zambia received a “debt-for-nature swap” proposal as part of its $13 billion restructuring discussions, a move that while complex to secure and not part of current talks, could set an eco-friendly precedent for other debt crises if eventually included. Zambia has become a test case for the G20-led ‘Common Framework’ restructuring vehicle launched during the COVID-19 pandemic, but differences with some of its main creditors about the debt relief required means progress has been slow. The government confirmed to Reuters on Wednesday a previously undisclosed detail – that the World Wildlife Fund (WWF) provided a blueprint last year on how conservation pledges could be part of the deal. Read more: Reuters

Zambia’s Konkola Copper Mines Plc (KCM) will shut down its Nchanga smelter for 45 days between July and August to upgrade infrastructure, the company said in a statement on Tuesday. KCM will spend $27.63-million on the process, which will include a control system upgrade for the smelter with a capacity of 311 000 t/y, the statement said. Read more: Mining Weekly

The US Department of State on Wednesday released the signed Memorandum of Understanding (MoU) on electric vehicle battery value chains it signed on 13 December, 2022, during the Africa Leaders Summit. The MOU supports the DRC and Zambia’s goal of building a productive supply chain, from the mine to the assembly line, while also committing to respect international standards to prevent, detect, and take legal action to fight corruption throughout this process. Read more: US Department of State

As the end of China’s stringent Covid restrictions quickens the country’s economic recovery, concerns about pent-up Chinese demand — and the inflation that may follow — could mean bad news for the U.S. Federal Reserve. Economic data indicates that the Fed’s aggressive rate hikes are pulling down U.S. inflation, but China’s demand could make commodity prices return to levels from early 2022, before the U.S. central bank embarked on its journey of hiking rates to bring down inflationary pressures. Read more: CNBC

It’s the talk of the town. Transatlantic trade tensions are dominating conversations at the World Economic Forum this week. On the one hand, European officials are saying they will come up with more financial support for European firms. On the other hand, the business community is excited about green subsidies stateside and argue the EU needs to match what the U.S. administration is doing. Read more: CNBC

United States Treasury Secretary Janet Yellen has agreed with Chinese Vice Premier Liu He to enhance communication about macroeconomic and financial issues during a “candid, substantive, and constructive” meeting in Zurich on Wednesday, the Treasury said. In a statement, the Treasury said both sides agreed to enhance cooperation on climate finance on a bilateral and multilateral basis, such as within the United Nations, the Group of 20 economies and the Asia-Pacific Economic Cooperation. Read more: Al Jazeera

More than two dozen aid and campaign groups have called for international creditors to cancel a large portion of Ghana’s debts as it struggles to contend with an economic crisis. Ghana’s consumer inflation rose to a record 54 percent year-on-year in December, driven by rising fuel, utility and food costs. International reserves have dwindled to less than two months of import cover. Read more: Al Jazeera