More than 50 000 people around the world have signed a petition to halt a controversial open-pit copper mine planned in the heart of the Lower Zambezi National Park, highlighting widespread public outrage and concern at the development of the mine. The Lower Zambezi National Park is an integral part of the wider Zambezi basin, which is the most significant shared resource that contributes to the economic, environmental, and social development of southern Africa. Sustainable management of this resource is crucial in securing the futures of over 250 million people in the broader region that depend on it. Tourism establishments in the park and surrounding areas employ more than 1 000 local people, generating a local wage bill of $4 million annually that indirectly supports thousands more people at a local community level. The petition, launched by a large coalition of CSOs, traditional leaders, artists, safari operators and other stakeholders, has been viewed by more than 760 000 people globally and shared more than 28 000 times. Read more 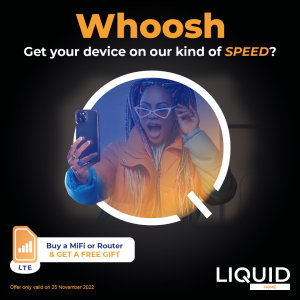 Zambia needs “desperate debt relief” and agreements under a Group of 20 restructuring vehicle are proving difficult, the World Bank’s managing director of operations said on Thursday. “In the last two years, we have seen the limitations of the common framework,” Axel van Trotsenburg told a panel at the World Economic Forum’s annual meeting in Davos, moderated by Reuters Editor-in-Chief Alessandra Galloni. Zambia has become a test case for the G20-led “Common Framework” restructuring vehicle launched during COVID-19 to streamline debt restructuring efforts as poorer countries buckle under the fallout from the pandemic hit. It aims to include non-Paris club members, such as China, in debt relief talks. Non-Paris Club creditors “are now playing a very significant role and that is, I think the challenge, to bring these creditors into this process of dialogue and it is not only China, India as important creditors, (but also) Saudi Arabia and some of the Arab states,” van Trotsenburg said. Read more: Yahoo Finance

The daily load shedding period has been reduced from 12 hours to 8 hours. This comes after restoration of the 150 megawatts electricity into the national grid by Maamba Collieries Thermal Plant. Acting Energy Minister, Douglas Sykalima has announced in Lusaka today, saying the 8 hours will however be split into 4 hours each per day. Mr. Sykalima explained that following the adjustment in the load shedding schedule, customers will now have 16 hours of power supply per day. He said following restoration of the 150 megawatts, the country now has 1900 megawatts of power, against demand of 2380 megawatts. Read more: ZNBC

The United States Government says it is inspired and impressed with how the Zambian government is running the affairs of the nation. US Ambassador to Zambia Michael Gonzales says the American people are impressed with various reforms the Zambia Government is making in various sectors to uplift the lives of citizens. Mr. Gonzales says this is why his government is pledging to help Zambia work on its rural roads under the Millennium Challenge Corporation. The US envoy says improving rural roads will help farmers easily transport their foods to the market and help improve the economy. Read more: ZNBC

At the ongoing World Economic Forum Annual Meeting in Davos, Switzerland, Minister of Finance and National Planning Dr. Situmbeko Musokotwane has called on investors to partner with Zambians and invest in hydro-energy, renewable energy, mining, tourism, and agriculture development in order to help develop the country and create jobs for the youth. In a series of meetings with investors and prospective industrial developers, Dr. Musokotwane highlighted Zambia’s abundant natural resources and urged investors to collaborate with local entrepreneurs to mobilize the capital needed for the development of hydro-energy, renewable energy, tourism, mining, and agriculture ventures that support out-grower schemes. Read more: Lusaka Times

Minister of Labour and Social Security Brenda Tambatamba says government is deeply concerned about how load shedding has negatively affected various industries. And the Zambia Congress of Trade Unions (ZCTU) has urged government to come up with measures that will ensure that workers are cushioned against the rising cost of living. Meanwhile, Zambia Federation of Employers vice president Kennedy Njamba says the surge in COVID-19 cases coupled with load shedding present a serious threat to people’s jobs. Read more: News Diggers

Bankers Association of Zambia (BAZ) Chief Executive Officer Leonard Mwanza says the government managed to restore fiscal discipline in 2022. In an interview, Mwanza said this resulted in banks operating in a stable environment. “So far, all things are looking good. So, there are two things; banks themselves have been operating in an environment of monetary and fiscal stability. The economic environment was by and large stable in the year 2022 which is basically the reflection of government’s intent to economic stability and job creation. Read more: News Diggers

The Director-General of the World Trade Organization (WTO), Dr. Ngozi Okonjo-Iweala, has emphasised the importance of creating a trade agenda that prioritises inclusivity and decarbonisation. Speaking at the World Economic Forum (WEF), Dr. Okonjo-Iweala said that the future of trade should focus on services, digitalisation, sustainability, and inclusivity. According to a statement by WEF, many nations have seen a push to relocate manufacturing closer to consumers’ demand after supply shocks associated with port blockages, the war in Ukraine, and the pandemic. Medical products, solar panels, silicon chips, and digitisation infrastructure are among the industries being overhauled due to new pressures to increase resilience and national security. Dr. Okonjo-Iweala noted that as many countries prioritise national security in their trade policy, there is a risk that “friend-shoring” would unequally distribute the gains of economic growth. “When we talk of ‘friend-sharing,’ I don’t know who a friend is,” she said. “I don’t ever hear countries in Africa mentioned.” Read more: Business Insider

Africa is rich in natural resources and has the potential to play a significant role in the global energy transition, according to Samia Suluhu Hassan, President of Tanzania. Speaking at the 53rd World Economic Forum Annual Meeting, Hassan called for greater private sector investment in Africa to tap into the continent’s resources and promote sustainable energy solutions. Hassan highlighted the abundance of resources in Africa, including cobalt, copper, and nickel, and stressed the importance of utilizing these resources to provide energy to the continent and to other countries. She also emphasised the need to build regional power pools in East and Southern Africa to ensure energy security across the continent. “By sharing energy resources, countries can ensure that they have a reliable source of power even during shortages in one region,” she said. Read more: Business Insider

The US has hit its debt limit, with the Treasury Department now taking measures to prevent a potentially devastating default. Reaching the debt ceiling means the government is not allowed to borrow any more money – unless Congress agrees to suspend or change the cap, which currently stands at almost $31.4 trillion. Read more: BBC News

Japan’s inflation rate has jumped to a fresh 41-year high as businesses pass on higher costs to their customers. Core consumer prices for last month rose by 4% from a year earlier, double the Bank of Japan’s (BOJ) target level. It puts further pressure on the central bank to put up its interest rates to help ease the rising cost of living. This week the BOJ surprised investors by announcing that it would keep rates near zero, despite the increasing cost of everything from food to fuel. Read more: BBC News

A federal judge has ordered Boeing to appear in federal court in Texas next week for an arraignment on a fraud charge involving the certification of the 737 MAX. Boeing and the US government in 2021 entered into a deferred prosecution agreement in this case without the participation of family members of the 737 MAX crash victims, who then argued to the court that they should have been allowed to participate in the case under a federal crime victim law. In October, the judge sided with them. In Thursday’s ruling, Judge Reed O’Connor said Boeing must appear for an arraignment and that the family members or their attorneys may speak at the proceeding. This legal process is separate from the civil action the victims’ family members filed against Boeing. Read more: CNN

Netflix announced Thursday that its founder Reed Hastings is stepping down as co-CEO at the company and will serve as executive chairman. Hastings will be replaced by co-CEOs Ted Sarandos and Greg Peters. “Our board has been discussing succession planning for many years (even founders need to evolve!),” Hastings wrote in a blog post on Thursday. “As part of that process, we promoted Ted to co-CEO alongside me in July 2020, and Greg to Chief Operating Officer — and in the last 2½ years I’ve increasingly delegated the management of Netflix to them.” Hastings founded Netflix in 1997 and changed the way countless households watched movies and shows, first with its DVD-by-mail business and later with its streaming video service. Read more: CNN

In 70 trades recorded yesterday, 44,747 shares were transacted resulting in a turnover of K90,332.74. A share price gain of K0.02 was recorded in Copperbelt Energy Corporation Zambia. Trading activity was recorded in AECI, Airtel, British American Tobacco Zambia, PUMA, Standard Chartered Bank Limited, Zambia Breweries and Zambeef. The LuSE All Share Index (LASI) closed at 7,233.16 points up by 0.10% from its previous close of 7,225.70 points . The market closed on a capitalization of K72,416,350,084.85 including Shoprite Holdings and K37,633,664,644.85 excluding Shoprite Holdings.