WELCOME REMARKS BY THE SOCIETY PRESIDENT MR. DUNCAN B. MFULA DURING THE OPENING OF 2022 ACSZ MEDIA TRAINING ON FRIDAY, JUNE 17, 2022, AT MEMBERS PAVILION, SHOW GROUNDS, LUSAKA.

It gives me great pleasure to welcome you all to the 2022 edition of the agricultural and commercial cooperative society of Zambia limited media training. The theme for this year’s show is “innovation through technology – technology transforms businesses”. As the show society we value this training as it is aimed at enhancing the publicity of the forthcoming 94th agricultural and commercial show set for 27th July to 1st August 2022. As we are all aware, the show has not been held in the past two years due to the covid-19 pandemic, therefore, we have a huge task of informing the masses that the show is back and it is here to stay. Read more 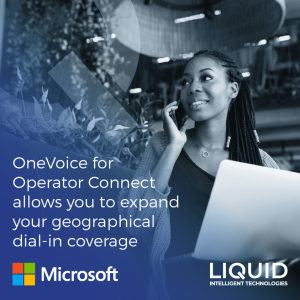 Minister of Commerce, Trade and Industry Chipoka Mulenga has announced that this year’s Zambia International Trade Fair will run from June 29 to July 5 in Ndola and will be graced by President Hakainde Hichilema. Giving an update on the 56th Zambia International Trade Fair, Tuesday, Mulenga said 692 exhibitors had so far confirmed participation. Read more: News Diggers

Government has disclosed that it has disbursed over K457 million Social Cash Transfer funds for May/June to all the 116 districts as at June 17. In a statement, Monday, Chief Government Spokesperson Chushi Kasanda said out of the 116 districts, 84 had so confirmed receiving the funds in their accounts. Read more: Read more: News Diggers

Government says it will review the Mines and Minerals Acts to actualize the country’s potential in the sector. Mines and Minerals Development Minister Paul Kabuswe says the Ministry is eager to engage key stakeholders to incorporate their ideas and submissions in implementing all policies. The Minister was speaking when he officially opened the Lusaka Provincial Consultation on the mineral resources development policy. Mr. Kabuswe said there is need to replace the 2013 Minerals Development Policy which is currently being used despite the sector evolving and experiencing new challenges. Read more: ZNBC

As the world grapples with a chaotic environment fueled by war in eastern Europe triggering disruption related sanctions, Zambeef Plc has positioned itself for opportunity to enable it leverage off the soft commodity deficit the world is facing through greater investment in its wheat, soya and other core areas. Read more: The Business Telegraph 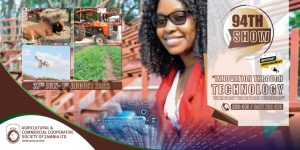 A British subsidiary of the mining firm Glencore has pleaded guilty in a UK court to corruption offences for the second time in the last two months. It was accused of paying millions of dollars in bribes to secure access to crude oil in several African countries. The Serious Fraud Office (SFO) found that bribes occurred from 2012 to 2016. It found that bribes of over $28m were paid via the Swiss-based firm’s employees and agents. Read more: BBC News

African airlines’ net losses in 2022 are forecast at around $700 million, marking an improvement from the staggering losses recorded over the past two years. The new forecast is contained in the latest Global Outlook for Air Transport by the International Air Transport Association (IATA). Read more: Business Insider

U.K. inflation hit 9.1% year-on-year in May as soaring food and energy prices continue to deepen the country’s cost-of-living crisis. The 9.1% rise in the consumer price index, released Wednesday, was in line with expectations from economists in a Reuters poll and slightly higher than the 9% increase recorded in April. Consumer prices rose by 0.7% month-on-month in May, slightly above expectations for a 0.6% rise but well short of the 2.5% monthly increase in April, indicating that inflation is slowing somewhat. Read more: CNBC

U.S. stock index futures fell early Wednesday after the major averages jumped in regular trading hours, attempting to claw back some losses following weeks of selling. Futures contracts tied to the Dow Jones Industrial Average fell 482 points or 1.58%, while S&P 500 futures declined 1.83%. Nasdaq 100 futures fell around 2%. During regular trading Tuesday, the Dow surged 641 points, or 2.15%. The S&P 500 added 2.45%, turning in its best day since May 4. The jump comes after the benchmark index slumped 5.79% last week in its worst weekly performance since March 2020. Read more: CNBC

In 46 trades recorded yesterday, 24,204 shares were transacted resulting in a turnover of K33,739. Trading activity was recorded in Copperbelt Energy Corporation, Standard Chartered Zambia, Zanaco, Zambia Sugar and CEC Africa on the quoted tier. The LuSE All Share Index (LASI) maintained its close at 6,843.11 points, as there were no share price movements. The market closed on a capitalization of K70,718,532,598 including Shoprite Holdings and K35,935,847,158 excluding Shoprite Holdings.