The Save Zambezi Coalition has called upon Zambia’s President Hakainde Hichilema to halt planned mining activities in the lower Zambezi and have cautioned of adverse consequences should the project go ahead. The Zambian Environmental Management Agency (ZEMA) in 2021 approved a highly controversial Environmental Impact Study, opening the way for the mine to go ahead. The CSO Coalition has expressed deep concern that if the mine goes ahead, it will not only risk contaminating water for communities in Zambia and Zimbabwe but for the whole Zambezi delta, potentially destroying farming and fishing livelihoods and one of the largest tourism destinations for Zambia, Zimbabwe, and Mozambique. Read more 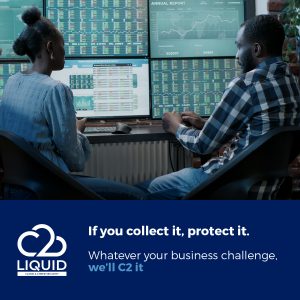 US Treasury Secretary Janet Yellen again expressed cautious optimism that China will be willing to enter into a multilateral debt restructuring deal with Zambia. The potential agreement is seen as a crucial test case for efforts to help developing countries find relief from sometimes crushing external debt.  “Our counterparts are sophisticated economics officials who can listen to a reasoned argument and understand it,” Yellen told reporters in Dakar, Senegal, on Saturday. “I definitely think they get what the problem is, and that there needs to be a solution.” Read more: Bloomberg

Mining giant Anglo American knew toxic fumes and dust from a Zambian lead mine were poisoning local women and children but it failed to address the issue, lawyers have told a South African court. Lawyers for the plaintiffs made their case on Friday before a Johannesburg court that is to decide whether to give the go-ahead to a class-action lawsuit against the British firm’s South African subsidiary. Anglo American denies responsibility. The plaintiffs argue that tens of thousands of people living in Kabwe, a town 150km (95 miles) north of the Zambian capital, Lusaka, have suffered from lead poisoning, which can lead to brain damage and death. Read more: Al Jazeera

Government has plans of re-capitalizing the Tanzania Zambia Railways Authority (TAZARA) and funds have been set aside for the re-capitalization of the railway company. Mr Tayali said government has set aside K57 Million Kwacha in this year’s budget for the re-capitalization of the company. Minister of Transport and Logistics Frank Tayali disclosed this in an interview with the Zambia News and Information Services (ZANIS) in Mpika yesterday. Read more: Lusaka Times

Zambia Environmental Management Agency (ZEMA) last year approved US$5.7 billion (K97.2 billion) worth of projects in mining, infrastructure development, manufacturing and processing, agriculture, forestry and tourism. The total investment value of the projects considered was US$5.7, which is equivalent to K97.2 billion. In a statement yesterday, ZEMA board chairperson Lovejoy Malambo said: “With an improved operating environment resulting from effective oversight by the new board, the agency considered a total of 805 projects under the environmental impact assessment (EIA) component for 2022,” Prof Malambo said. Read more: Zambia Daily Mail

The United States has expressed interest in strengthening its economic ties with Africa in the year 2023. The U.S. Treasury Secretary Janet Yellen is set to pay a visit to three African countries to begin this US-Africa economic buff, starting this Friday. This initiative is following decades of Chinese prominence on the continent. Africa’s demographic boom is a key subject that would be addressed during her visit, as this development is partly the reason why the US has pronounced Africa an economically attractive destination. This subject would be addressed by the Treasury Secretary on her trip to Dakar, Senegal. Read more: Business Insider

Fitch Solutions has forecasted that Ghana’s real GDP growth will slow to 2.9% in 2023, from an estimated 3.3% in 2022. According to data released by the Ghana Statistical Service, real GDP growth weakened significantly in Q322 to 2.9% y-o-y, from 4.7% in Q222. The mining sector recorded robust growth of 14.9%, while the manufacturing sector and the construction industry both contracted, weighing on overall economic activity. Read more: Business Insider

The G20 group, comprising 19 countries and the European Union have shown interest in helping Ghana restructure its debt. All member countries of the G20 group of economic powers seem to be buying into the idea of restructuring Ghana’s debt, alongside the Paris Club, a group of officials from major creditor countries, which is taking the forefront in setting up a creditor committee for the aforementioned objective. This step forward follows Ghana’s request for a debt restructure under a G20 Common Framework, a framework founded to aid low-income countries. Ghana’s petition for the debt restructure under the G20 Common Framework came last week, effectively making it the fourth country after Chad, Ethiopia and Zambia to do so. Read more: Business Insider

Google’s parent company Alphabet will cut 12,000 jobs, in the latest staff redundancies to hit the tech industry. Google and Alphabet CEO Sundar Pichai said he took “full responsibility” for the cuts, in an internal email. The cuts will affect 6% of Alphabet’s workforce worldwide, in teams including recruitment and engineering. This comes days after Microsoft announced 10,000 jobs would be lost, and weeks after Amazon announced 18,000 job cuts. Read more: BBC News

A wide range of businesses, internet users, academics and even human rights experts defended Big Tech’s liability shield Thursday in a pivotal Supreme Court case about YouTube algorithms, with some arguing that excluding AI-driven recommendation engines from federal legal protections would cause sweeping changes to the open internet. The diverse group weighing in at the Court ranged from major tech companies such as Meta, Twitter and Microsoft to some of Big Tech’s most vocal critics, including Yelp and the Electronic Frontier Foundation. Even Reddit and a collection of volunteer Reddit moderators got involved. Read more: CNN

The world economy is still in a sticky spot, according to the head of the International Monetary Fund, despite cautious optimism among economists and business leaders that slowing inflation means the worst of last year’s crises may be over. Kristalina Georgieva, managing director of the IMF, said on Friday that conditions in the world economy were “less bad” than feared a few months ago, but further pain could be on the way. Addressing a panel at the World Economic Forum in Davos, Switzerland, Georgieva said interest rate hikes by the world’s major economies had “yet to bite,” and could increase unemployment — a situation that cash-strapped governments could find hard to respond to adequately. “It is very different for a consumer to have [a] cost-of-living crisis and a job, than to have [a] cost-of-living crisis and no job,” she said. Read more: CNN

In 47 trades recorded on Friday, 36,141 shares were transacted resulting in a turnover of K124,191.35. Trading activity was recorded in BATA, British American Tobacco Zambia, CEC Zambia, PUMA, Zanaco, Zambia Sugar and CEC Africa on the quoted tier. The LuSE All Share Index (LASI) maintained its close at 7,233.16 points. The market closed on a capitalization of K72,416,350,084.85 including Shoprite Holdings and K37,633,664,644.85 excluding Shoprite Holdings.