Puma Energy Zambia Plc has reported a 5% fall in sales volumes for the financial year 2019 despite a sizable expansion budget, according to a statement from the company. 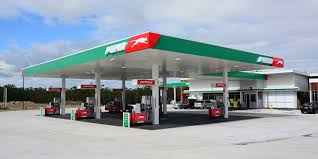 “For the year ended 31 December 2019, the Company recorded a profit after tax of K105,548 thousand compared to K115,133 thousand recorded in the previous financial year”, according to a statement on the company performance issued by Company Secretary Kalunga Lutato by order of the board on 6th March 2020. “Volumes were 5% lower than those achieved for the same year last year.”

The reason the company extends to the cause in the 5% dip in sales volume compared to the previous year is due to “underperformance in Commercial and Retail business segments”.  Puma inherited what was the old British Petroleum Zambia outlets and has since been on a quest to rebrand. Rebranding has been successful however their predecessor’s hold on market share has withered away with new entrants in the market.

“Our sales have aggressively improved thanks to the energy debacle and our contracts with the mines”, said an official from one Puma’s competitors who chose not to be identified following a conversation with the founder of this website.

With businesses now changing their energy profile in the advent of the national energy crisis, Puma was well-positioned to take advantage. Sadly though, based on their CAPEX expenditure for the year, the oil marketing company requires scale to compete in the market. This is why “during the year under review, the Company invested over K61,906 thousand in capital projects mainly in its Retail Network”.

Maintaining the dividend policy for many listed companies was difficult in 2019. Puma’s earnings per share marginally reduced from K0.23 to K0.211. “Despite continued liquidity challenges due to large Withholding Value Added Tax receivables yet to be refunded, the Board of Directors resolved that a dividend of K10 million (K0.020 per share) be proposed for the year ended 31st December 2019”. The decision to pay is rational as there are continued benefits that are yet to be achieved should the expansionary projects complete and investor confidence is required for continued commitment to the projects. “With the Company’s new business prospects in some of its key business segments coupled with new positive strategic initiatives being put in place, sales volumes performance is expected to grow in 2020”.