Under its mandate to supervise and promote the development of the Zambian Capital Market, the SEC of Zambia launched the Regulatory Sandbox. A Sandbox is essentially a “safe environment” in which the testing of capital market innovations can be facilitated under a set of conditions and limitations designed to protect investors. Read more 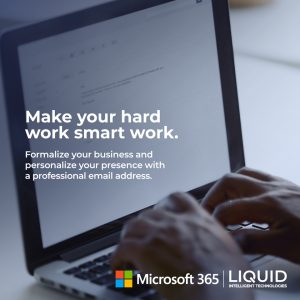 The Government of Finland in partnership with National Advisory Board for Impact Investment is next week expected to host the Inaugural Investment Summit in Lusaka. The summit which will be held at the Mulungushi International Conference Centre will be under the theme ‘Building a Sustainable, Inclusive and Green Recovery’. Read more: ZNBC

Foreign Affairs and International Relations Minister, Stanley Kakubo says President Hakainde Hichilema’s two day visit to the Democratic Republic of Congo (DRC) will see him attend a Business Forum tomorrow. The Minister told journalists in Lusaka that the DRC imports a lot of goods from other countries that it does not share borders with while Zambia’s trade is still low hence plans of taking advantage of the market. Read more: ZNBC

Bank of Zambia governor Denny Kalyalya will likely keep rates unchanged at 8.5% (50bps higher than the lowest the MPR has ever seen since it’s inception in 2012) as expansionary monetary policy extends to support growth of the economy which does exhibit latitude for growth aligning to post pandemic recovery. Read more: The Business Telegraph

As of half-year 2021, the total public debt stock in West Africa stood at a staggering $164.1 billion. This is according to data obtained from Statista, a leading German markets and consumer data provider. Read more: Business Insider

Africa’s cannabis industry is projected to grow beyond a valuation of $7 billion by 2023, thanks to incessant demand and increasing legalisation across the continent. This presents opportunities for African countries who, for many years, have failed to take advantage of the cash crop. Read more: Business Insider

The US has said it is releasing 50 million barrels of oil from its reserves in an attempt to bring down soaring energy and petrol prices. The move is being taken in parallel with other major oil-consuming nations, including China, India, Japan, South Korea and the UK. US President Joe Biden has repeatedly asked the Opec group of oil-producing nations to boost output more rapidly. Read more: BBC News

Xiaomi stumbled in the third quarter as it grappled with fallout from the global chip shortage and fiercer competition. The Chinese company, which only recently became the world’s second-biggest smartphone maker, fell back to third place behind Apple in the three months ended September, according to Counterpoint Research and Canalys. Read more: CNN