Newly appointed First Quantum CEO Tristan Pascal has indicated that the mining sector and the Government in Zambia are now on the same page regarding development of the industry in the country. “Zambia is Back”, said CEO Tristan at the ongoing Mining Indaba in Cape Town South African at the Convention Center during his vote of thanks to President Hakainde Hichilema’s speech at the event. Tristan has advised that there has been a desperate need for the mining sector and Government to work together for mutual benefit. Read more 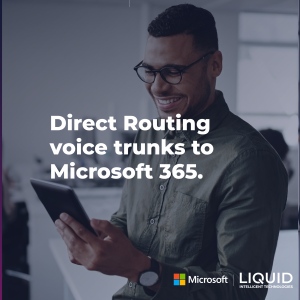 Copperbelt Province Minister, Elisha Matambo says emerald mining has not been fully exploited to the satisfaction and benefit of the country. Mr. Matambo has urged the Parliamentary Committee on National, Economic, Trade and Labour matters, which is on tour of the province, to come up with proposals of how such issues can be dealt with in future in order to change the state of affairs. The minister was speaking when the Committee paid a courtesy call on him at his office in Ndola. Read more: ZNBC

Zambia’s central bank will next week Monday commence deliberations concerning its sophomore rate decision meeting of the year 2022 that will climax on Wednesday May 18 with the Governor Denny Kalyalya announcing the committees stance. Zambia’s rate decision meeting could be keeping rates unchanged for the second time in a row weighing the fiscal outlook ahead of a targeted June IMF deal closure while also gauging the resilience of the economy despite global turbulence. Read more: The Business Telegraph

Zambia Forestry and Forest Industries Corporation (ZAFFICO) Plc has posted a profit after tax of over K1.87 billion in 2021 from the previous year’s K228.76 million. The company, which is listed on the Lusaka Securities Exchange (LuSE), attributes the profit to various measures put in place to deal with effects of coronavirus. During the period under review, COVID-19 continued to adversely affect business operations as some employees had to work remotely but management put in place measures for ZAFFICO to overcome obstacles. Read more: Zambia Daily Mail

Government has yet again declined to borrow more than its limit from the domestic market through treasury bills after investors submitted bids amounting to K2.6 billion but only K2 billion was taken. Treasury bills are short-term instruments that Government issues in order to borrow money through the Bank of Zambia (BoZ) for a period of one year or less. According to a notice of auction results of treasury bills’ tender number nine of 2022 held on Thursday, total bids received amounted to K2.626.11 billion at face value and the allocation was K2 billion at cost. Read more: Zambia Daily Mail 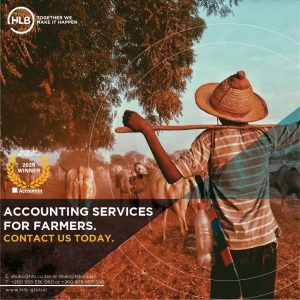 The Chairperson of the Mining Indaba Advisory Board has indicated that the global covid pandemic has created many opportunities despite the adverse impact it has had on the African and global economy at large. Thus far the mining sector in South Africa has seen over 5000 jobs get added to payrolls across the country. Furthermore, there has been improvements in mining production strategies as many companies adopt technologies that are making them more efficient. Read more

The Cape Town Mining Indaba is underway. The event was opened by the city’s Executive Mayor Geordin Hill-Lewis who expressed delight at having all the delegates and exhibitors return to the mother city for the 2022 conference. The mayor disclosed that there were several challenges being experienced by the country that were impacting the mining sector. He identified the failure of the state in taking advantage of the commodities boom. With the current energy crisis in South Africa, the Mayor’s point was not missed. Read more 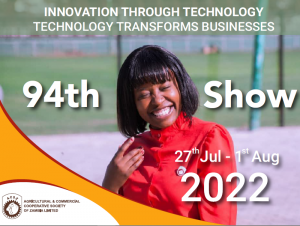 Africa’s share of millionaires grew by 8% between 2020 and 2021, according to a recent report by intelligence firm New Word Wealth and advisory firm Henley & Partners. This year, private wealth currently held on the African continent climbed to $2.1 trillion, from $2.0 trillion last year, the annual survey of Africa’s luxury sector found. Read more: African Business

South African President Cyril Ramaphosa told state broadcaster SABC on Wednesday he had reached out to the governments of Zambia, Uganda, Malawi and Kenya to drum up orders for Aspen, after the facility said it had not received a single order for its Aspenovax vaccine.“ Myself, together with a number of African presidents… are now forming a real alliance and a plan to make sure that vaccines that would be used on our continent are bought from companies that make vaccines here,” Ramaphosa told the local TV station. Read more: African Business

China’s export growth slowed to single digits, the weakest in almost two years, while imports barely changed in April as tighter and wider COVID-19 curbs halted factory production and crimped domestic demand, adding to wider economic woes. Exports in dollar terms grew 3.9% in April from a year earlier, dropping sharply from the 14.7% growth reported in March although slightly better than analysts’ forecast of 3.2%. It was the slowest pace since June 2020. Read more: Reuters

In 118 trades recorded yesterday, 36,728 shares were transacted resulting in a turnover of K102,534. Share price gains were recorded in Copperbelt Energy Corporation of K0.01 and in ZAFFICO of K0.48. Trading activity was also recorded in Bata, Investrust, Chilanga Cement, Pamodzi, Standard Chartered Zambia, ZCCM, Zambeef, Zanaco, Zambia Sugar and in CEC Africa on the quoted tier. The LuSE All Share Index (LASI) closed at 6,769.74 points, 0.70% up from its previous close of 6,721.90 points . The market closed on a capitalization of K70,399,002,085 including Shoprite Holdings and K35,616,316,645 excluding Shoprite Holdings.