The Lusaka Stock exchange has been named the most profitable stock exchange in Africa for 2022. This comes after the Lusaka Stock Exchange Index appreciated a return of 12% in dollar terms to investors over course of the year. According to a report by News 24, the increase in share price comes as investor sentiment grows following President Hakainde Hichilema’s resounding 2021 election victory and increased confidence in his zero-corruption policies. The LUSE was first named Africa’s most profitable stock exchange in 2021. Read more 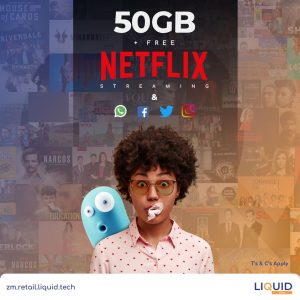 ZESCO Board Chairperson Vickson Ncube says President Hakainde Hichilema wouldn’t have made his statement about load shedding ending in Zambia had he given him correct information. And Ncube says at no point did the President say during a recent meeting that the Kariba dam is leaking. Meanwhile, Ncube says the Zimbabwean side overused water in the Kariba dam, which includes part of Zambia’s allocation. Read more: Lusaka Times

The Energy Regulation Board (ERB) says it expects a good proportion of fuel to start arriving in the country through a pipeline by the end of March. Speaking when he featured on Millennium TV’s “Pulse Nation” programme, Tuesday, ERB Board Chairperson Reynolds Bowa said plans to ensure delivery of fuel via a pipeline had advanced. Read more: News Diggers

The International Monetary Fund said on Tuesday that corruption had inflated the cost of numerous high-profile tenders and construction projects in Zambia. “Enormous financial resources invested in infrastructure projects, such as road construction, provided avenues for corruption, especially in the award of tenders, where political connections allowed members of the elite to bend the rules and access to lucrative contracts,” the IMF said in a report. Read more: US News

Seven companies from the United Kingdom are investing US$2 billion in setting up renewable energy projects in Zambia projected to produce 2000 Megawatts of electricity. British High Commissioner to Zambia Nicholas Woolley says the British companies are currently conducting feasibility studies and applying for regulatory approvals before they can kick start their projects. Mr. Woolley has told ZNBC News in an interview that the companies want to set up solar and wind energy projects in various parts of the country which will produce power to be sold to ZESCO. The British envoy says the two thousand megawatts will be ready to be added to the national grid in the next two to five years. Read more: ZNBC

ZESCO Limited says it expects reduced hours of load shedding by February. ZESCO Kariba Senior Power Station Manager Cephas Museba says with the expected rise in water levels by February, the country will see an increase in the power generation from 200 to 400 Megawatts which will further translate into reduced load shedding. Mr. Museba says the implementation of current load shedding is aimed at avoiding further draw down of the reservoir level. Read more: ZNBC

The Anti Corruption Commission says investigations into the alleged corrupt procurement of the 42 fire Tenders at a cost of one million United States dollars each have advanced. ACC Director General Tom Shamakamba says the Agency has gathered enough evidence on the alleged corruption that took place in the procurement of the fire Tenders. He says the Zambia Airports Corporation Limited bought similar fire Tenders which were more advanced than the ones government bought but at a cost of about 600 thousand United States Dollars. Read more: ZNBC

Zambia and Angola agreed Wednesday to fast-track the development of key infrastructure linking the two countries. Cited were a natural oil and gas pipeline, a rail and road corridor and an electricity transmission line to be implemented in the medium- to long-term. The two countries have also been pursuing a historical oil procurement deal that would see Zambia import the commodity at a cheaper cost from Angola. Read more: Anadolu Agency

Just over one-third of households in Zambia reported moderate food insecurity in 2021, compared to 22% in 2019, according to Indaba Agricultural Policy Research Institute, a Lusaka-based research group. The food insecurity is partly due to rainfall trends, which have been extremely unpredictable. This problem is likely to worsen in parts of the country, as historical models show Zambia’s southern half getting drier, while the northern half gets wetter over the years. Read more: MSN

The global economy is “perilously close to falling into recession”, according to the latest forecast from the World Bank. It expects the world economy to grow by just 1.7% this year – a sharp decrease from the 3% it predicted in June. The report blames a number of factors stemming from Russia’s invasion of Ukraine and the impact of the pandemic. The effects of higher interest rates are picked out as the key challenge for policy makers to overcome. World Bank president David Malpass said the downturn would be “broad-based” and growth in people’s earnings in almost every part of the world was likely to “be slower than it was during the decade before Covid-19”. Read more: CNBC

The UK government is considering introducing a “digital pound”, the economic secretary to the Treasury has told MPs. The UK was committed to becoming a world crypto hub, Andrew Griffith said. And the government was “a long way down the road… to establish a regime for the wholesale use, for payment purposes, of stablecoins”. Stablecoins are designed to have a predictable value linked to traditional currencies or assets such as gold. The currency, for use by households and businesses, would sit alongside cash and bank deposits, rather than replacing them. Read more: BBC News

Elon Musk has broken the world record for the largest loss of personal fortune in history. From November 2021 to December 2022 he lost around $165bn, Guinness World Records said in a blog on its website. The figures are based on data from publisher Forbes, but Guinness said other sources suggested Mr Musk’s losses could have been higher. It follows a fall in value of shares in Mr Musk’s electric car firm Tesla after he bought Twitter last year. His $44bn takeover of the social media company has sparked concerns among investors that Mr Musk is no longer giving Tesla enough attention. Read more: BBC News

Kenya and Tanzania have gone the extra mile in their mission to strengthen their trade relations by taking down 23 restrictive trade barriers that had stifled business transactions between the pair. This move is indicative of both country’s current administrative ideologies. The presidents of both nations, president Willam Ruto of Kenya and President Samia Suluhu Hassan of Tanzania, have spoken passionately about strengthening trade ties with fellow African nations, and have been very proactive in pursuing this goal. Co-incidentally, they both initiated plans to build railways that cut across their borders and into other East African territories, in order to reduce logistics when transporting goods to their partner states. So the move between both nations to tear down their trade barriers comes as no surprise. Read more: Business Insider

In 78 trades recorded yesterday, 2,422,846 shares were transacted resulting in a turnover of K3,717,115.89. A share price loss of K0.22 was recorded in Standard Chartered Bank Limited. Trading activity was recorded in Bata, Copperbelt Energy Corporation Zambia, Chilanga Cement, PUMA, Standard Chartered Bank Limited, Zanaco, Zambia Sugar and CEC Africa on the quoted tier. The LuSE All Share Index (LASI) closed at 7,272.72 points down by 1.15% from its previous close of 7,356.97 points. The market closed on a capitalization of K72,588,508,084.85 including Shoprite Holdings and K37,805,822,644.85 excluding Shoprite Holdings.

Is Financial Literacy the Missing Piece to African Insurtech?