This year’s Fintech Summit in Cape Town South Africa had a number of panel discussions one of which focused on the human capital in the industry. Financial Insight Zambia sat down with the Head of People Operations at Nigerian Fintech Payhippo which specializes, among other services, in instant loans for African SMEs. Nkem was part of the panel that discussed issues on Tech talent empowerment in the industry. She expressed excitement and elation in sharing her insights with other industry professionals who look into and manage human capital issues. “I have been so elated with the amount of conversation on talent in Africa. It warms my heart as we touched on the crisis points that surround talent management. There were a lot of questions around issues relating to hiring of talent”. Read more 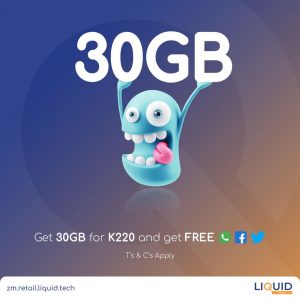 The International Monetary Fund (IMF) is next month expected to have a staff visit to Zambia to assess how the country has performed since it qualified for the 1.3 billion dollar financial bailout package this year. Ministry of Finance Permanent Secretary in-charge of Budget and Economic Affairs Mukuli Chikuba says the visit will also asses how Zambia has performed since it received the first installment of 185 million dollars from the IMF bailout. Mr. Chikuba says the staff visit will help review how Zambia has complied to the guidelines and how it is implementing its debt restructuring program. Read more: ZNBC

Education Minister Douglas Syakalima says it is important to invest in technology that will enable learners  have lessons in case of another pandemic. Mr. Syakalima says government believes that education is the best investment for social economic development. He was speaking during a press conference in Lusaka today ahead of the Innovation Africa 2022 Ministerial Summit which starts on November 16. Speaking at the same event Technology and Science Minister Felix Mutati said government has put in place an enabling environment for investments in the technology sector. Meanwhile Innovation Africa Chief Executive Officer John Glassey said the Innovation Africa summit seeks to promote Zambia as a regional hub for technology to attract investments. Read more: ZNBC

The Alliance for Green Infrastructure in Africa (AGIA) will raise $500m for project preparation and development, which will then be leveraged into a $10bn fund to help African states build climate-resilient infrastructure. The initiative will focus on impactful projects featuring greater cooperation between governments and private sector actors on a 3-6 year timescale.  Speaking at the launch event at Cop27, the crucial global climate conference in Sharm-El-Sheikh, Egypt, Akinwumi Adesina, president of the African Development Bank, argued that the fund “will not duplicate existing initiatives” but will instead focus on untapped green investments which he says have significant potential.  “AGIA will deploy its resources, partnerships, and instruments to green existing brown infrastructure in Africa. Examples include converting heavy fuel oil and diesel plants to gas hybrid to power industries, greening non-power infrastructure such as transport systems using compressed natural gas, capturing flared gas, and converting into liquified petroleum gas, gas-to-power, and manufacture of fertilisers. Read more: African Business

The UK appears to be heading into recession after the latest official figures showed the economy shrank between July and September. The economy contracted by 0.2% between July and September as soaring prices hit businesses and households. A country is in recession when its economy shrinks for two three-month periods in a row. The UK is expected to be in one by the end of the year. The Bank of England said the recession will be the longest on record. Read more: BBC News

A US regulator says it is watching events at Twitter with “deep concern” after the platform’s top privacy and compliance officers reportedly quit. The Federal Trade Commission (FTC) said new chief executive Elon Musk was “not above the law”. Separately, Mr Musk reportedly told employees that bankruptcy is not out of the question for Twitter. The company has been in disarray since Mr Musk started firing thousands of employees last week. Read more: BBC News

Ghana’s economic state continues to trend towards the wrong direction. Ghana for the 17th month in a row now has recorded an increase in its inflation rate, jumping to an all time high of 40%. Last month, the country’s inflation rate stood at 37.2%, which spurred a protest and caused the president of the country to raise an alarm. Read more: Business Insider

According to the Deputy Governor Bank of Uganda, Uganda’s public debt has risen to Shs 80 trillion, which is 50% of the Gross Domestic Product (GDP). The East-African nation’s debt has been under sharp focus recently, with international lenders and rating firms like IMF, World Bank, Moody’s and S&P downgrading its creditworthiness. The World Bank and IMF have warned countries to ensure that their national debt never exceeds 50% of their GDP. This is because such high debt levels downgrade a country’s creditworthiness, leading to a higher interest rate whenever the government borrows, the effect of which is passed onto the final consumer. Read more: Business Insider

President William Ruto and his South African counterpart Cyril Ramaphosa have agreed on a working formula to eradicate trade barriers and increase business and cooperation between Kenya and South Africa.The two Heads of State said their countries would deal with non-tariff barriers such as licensing bureaucracy, regulation restrictions and sanctions allowing opening up for business in sectors like industries, agricultural produce export and logistics. The removal of the trade barriers agreement is part of four instruments signed between President Ruto and President Ramaphosa to foster cooperation, BusinessDaily reported. Business Insider

US stocks posted their best day since 2020 on Thursday after new government data showed that price increases eased in October. Investors cheered the development as an indication that the Federal Reserve’s interest rate hikes may finally be cooling inflation. The Dow rose 1,203 points, or 3.7%. The S&P 500 was up 5.5% while the Nasdaq Composite was 7.3% higher. Read more: CNN