According to the Ramsar Convention website, on 8th August 2022, “the Standing Committee of the Convention on Wetlands appointed Dr Musonda Mumba as the new Secretary General of the Convention. Dr Mumba succeeded Ms Martha Rojas Urrego who had served the Convention for the past six years”. Dr Mumba is a Zambian born sustainable development, nature based solutions to climate change specialist who until recently was based in Nairobi Kenya working for the United Nations Development Program as Senior Advisor on Ecosystem Restoration. Read more 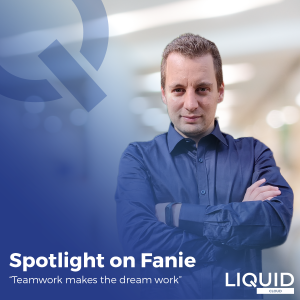 President Hakainde Hichilema says government will soon adopt technology that will enhance revenue collection and seal loopholes that cause inefficiencies in the current system. President Hichilema says government is losing a lot of money due to lack of an efficient revenue collection system. He says there is also need to roll-out technology to address other pressing challenges such as deforestation and climate Change. President Hichilema said this in New York when he met a delegation from Starlinks, a company that offers high-speed Internet which can be picked from any part of the world. Read more: ZNBC

Energy Minister Peter Kapala says government has created a favourable environment for investors and innovators to thrive in the energy sector. Mr Kapala says the New Dawn administration is ready to work with the private sector supplying fuel and making the commodity readily available for Zambians. Mr Kapala said this during the unveiling of Nigerian Harvest Group of Companies who are investing in Fuel supply and Filling stations in Lusaka. Read more: ZNBC

Gemfields confirmed it was set for best ever emerald sales from its Zambia mine, Kagem following nearly three weeks of auctions from August to September. Revenue of $32.9m was generated over the period. “The results announced today confirm once again that 2022 is the strongest year on record for Zambian emeralds mined at the Kagem emerald mine,” said Adrian Banks, MD of product and sale at Gemfields. Kagem’s year-to-date auction revenues now stand at $118m compared to previous full-year record set in 2021 of $92m. Read more: Mining Mx

Gold production dropped by 12 percent in the first half of this year to hit 1,463.56 kilogrammes (kg), from 1,770kg recorded in the same period last year. The sector’s half-year production figures show that Kansanshi Mining Plc was the highest producer of the bullion, contributing 1,436.36kg to the national output. Second in place is Chambishi Non-Ferrous Mining Corporation, which produced about 27.20kg of gold that was contained in the copper concentrate. Read more: Zambia Daily Mail 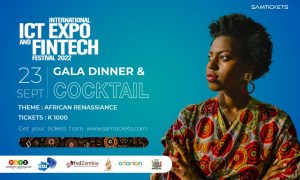 International Business and Finance in Partnership with ICT & FINTECH EXPO 2022

Mozambique and the IMF team reached Monday a staff-level agreement on the economic and financial policies that could support the approval of the First Review of the program under the ECF arrangement. The ECF also known as Extended Credit Facility provides financial assistance to countries with protracted balance of payments problems. The agreement awaits the approval of the IMF Executive Board in December, which would enable the disbursement of about US$63.8 million. Read more: Africa News

Sweden’s Riksbank on Tuesday launched a 100 basis point hike to interest rates, taking its main policy rate to 1.75%, as it warned that “inflation is too high.” In a statement, the central bank said soaring inflation was “undermining households’ purchasing power and making it more difficult for both companies and households to plan their finances.” Read more: CNBC

The Japanese yen is hovering close to its weakest levels since 1998, and authorities have hinted at taking action to stem the currency’s decline. Ahead of Bank of Japan’s rate decision later this week, CNBC takes a look at whether Japan’s central bank might shift from its ultra-loose monetary policy, as the Federal Reserve maintains its hawkish stance, signaling more aggressive rate hikes to come. The widening rate differential has caused the yen to weaken significantly, with the Japanese currency falling about 25% year-to-date. Read more: CNBC

China’s imports of Russian coal hit a five-year high in August, the latest sign of Chinese trade providing Moscow with an economic lifeline as it faces international isolation over its war in Ukraine. Shipments of Russian coal reached 8.54 million tonnes last month amid soaring energy demand in the world’s second-largest economy due to extremely hot weather, data from the General Administration of Customs showed on Tuesday. Read more: Al Jazeera

In 151 trades recorded yesterday, 75,800 shares were transacted resulting in a turnover of K225,471. A share price loss was recorded in CEC Africa on the quoted tier of K0.11. Trading activity was also recorded in Copperbelt Energy Corporation, Pamodzi, PUMA, Real Estate Investments Zambia, Standard Chartered Zambia, Zambeef and Zanaco. The LuSE All Share Index (LASI) closed at 7,211.23 points. The market closed on a capitalization of K72,320,869,731 including Shoprite Holdings and K37,538,184,291 excluding Shoprite Holdings.