Shareholders are referred to the cautionary announcement dated 15 December 2021 issued by the CEC Africa Investments Limited (“CECA” or the “Company”) informing the market of the developments in Nigeria in relation to Abuja Electricity Distribution Plc (“AEDC”).
Shareholders are aware that in December 2021 the Bureau of Public Enterprise (“BPE”) who holds shares in AEDC, appointed an interim Board of Directors and management team to stabilize the operations of AEDC that were being affected by the dispute between the shareholders of KANN Utility Limited (“KANN”). Read more

President Hakainde Hichilema has called for enhanced partnership in trade and investment between Zambia and Europe. President Hichilema says trade between Zambia and the EU is key to both parties and a path to sustainable development in place of aid. He says unlocking some barriers is paramount as Zambia is in a hurry to see local products on the international market and eventually turn the country into a production house to create and sustain jobs. President Hichilema said this when he held talks with European Union Council President Charles Michel in Brussels, Belgium as part of his two day visit. Read more: ZNBC

The minority shareholders of ZCCM-IH are calling for investigations into the purchase of the 90% shares of Mopani Copper Mines (MCM) by ZCCM – Investments Holding from Carlisa Investment valued at $1.5 billion last year. The minority shareholders of ZCCM-IH have already written to Chairperson of the Anti-Corruption Commission Board Musa Mwenye and Director General Gilbert Phiri over their proposed investigations into the transaction. The group has further written to Attorney General Mulilo Kabesha asking his office to review the detailed sale agreement. Read more: Lusaka Times

Chief Mumena of the Kaonde people in North-Western Province has rejected a proposed project by Kansanshi Mining PLC to set up a solar plant in his chiefdom. This is after the First Quantum Minerals Limited (FQM) mine in 2013, acquired 1 000 hectares of land in the Kipemba area and put it on the title to develop a mini city by building housing units, a shopping mall, a modern hospital and a university among other infrastructure. However, FQM has failed to implement the earlier project and wants to change the land use by utilizing part of it to set up a solar plant. Read more: Lusaka Times

The Zambia Revenue Authority (ZRA) has let go of three some senior management members, among them Director Human Resources Moffat Nyirenda. In an office memorandum dated June 20, 2022, ZRA Commissioner General Dingani Banda said the Governing Board at a meeting held on June 17, 2022 approved the mutual separation with the Authority of the senior management members. Read more: News Diggers 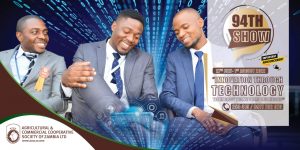 The global economy faces a 50% chance of recession as central banks around the world scramble to combat inflation, Deutsche Bank CEO Christian Sewing said at the Future of Finance Summit in Frankfurt Wednesday. “At least I would say we have 50% likelihood of a recession globally,” Sewing told Bloomberg. For the US and Europe specifically, he said the chances of a recession for the second half of 2023 are higher compared to the bank’s forecasts from before the war in Ukraine. Read more: Business Insider

The leaders of the Brics group of nations are meeting this year amid major shifts in the geopolitical order. The group, which owes its name to the initials of its five member states – Brazil, Russia, India, China and South Africa – is holding its annual summit on Thursday, but without much fanfare or huge expectations. Talks will also be held in a virtual format, for the third consecutive year. The last two were held during the Covid pandemic, but it’s not clear why the leaders chose to skip face-to-face meetings this year. Read more: BBC News

Russia’s ruble hit 52.3 to the dollar on Wednesday, an increase of roughly 1.3% on the previous day and its strongest level since May 2015. That’s a world away from its plunge to 139 to the dollar in early March, when the U.S. and European Union started rolling out unprecedented sanctions on Moscow in response to its invasion of Ukraine. The ruble’s stunning surge in the following months has given fuel to the Kremlin as “proof” that Western sanctions aren’t working. Read more: CNBC

With gas prices hovering at about $5 a gallon, President Biden is asking Congress to legislate a gas tax holiday, which would suspend a federal gas tax through September. The levy, which charges an 18-cent tax per gallon of gasoline and a 24-cent tax per gallon of diesel, finances highway and public transportation projects through the Highway Trust Fund. To provide additional relief for drivers, the White House is also calling on states to enact tax holidays on state gas taxes, which average about 26.16 cents per gallon of gasoline. Connecticut, Florida, Georgia, Maryland and New York have already temporarily suspended gas taxes, with other states contemplating the move as well. Read more: CNBC

The G7 is likely to discuss the fate of a Russian turbine blocked in Canada and blamed for reducing gas supplies to Germany, though the bloc may not reach a solution by the end of the meeting, Canada’s Natural Resources Minister said on Wednesday. “If you talk to the Germans, they are very, very concerned about” a decline in gas supplies allegedly caused by the missing turbine, Jonathan Wilkinson told Reuters. “I’m sure it’ll come up at least in the corridors of the G7 … I wouldn’t hold my breath that we’re going to find a resolution before the end.” Read more: Reuters

In 70 trades recorded yesterday, 1,660,723 shares were transacted resulting in a turnover of K5,220,259. A share price loss was recorded in Copperbelt Energy Corporation of K0.01. Trading activity was also recorded in Bata, Standard Chartered Zambia, Zambia Breweries, Zanaco and Zambia Sugar. The LuSE All Share Index (LASI) closed at 6,839.38 points, 0.05% down from its previous close of 6,843.11 points. The market closed on a capitalization of K70,702,282,592 including Shoprite Holdings and K35,919,597,152 excluding Shoprite Holdings.