Efficient mobility will be key to the government’s planned decentralisation of services, CFAO Motors Zambia has said. The company behind distribution of customer-centric and affordable vehicles and services including Toyota and Hino, as well as Automark pre-owned vehicles is urging local government to take advantage of the opportunity to improve government service delivery in towns across the country. As local government makes efforts to bring sustainable development, CFAO is working to improve people’s livelihoods through its innovative products that are affordable while offering business opportunities to Independent Authorized Service Centers, to meet the expectations of its clients. Read more 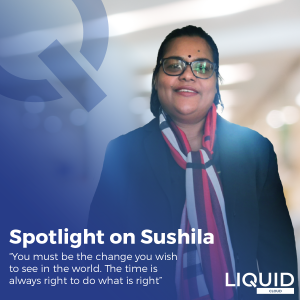 President Hakainde Hichilema has addressed the 77th United Nations General Assembly with a call on leaders to work together to deal with global challenges such as the Ukraine War and Climate Change among other issues affecting the attainment of Sustainable Development Goals (SDGs). President Hichilema said the United Nations should adopt a new form of multilateralism where challenges that affect humanity are addressed  collectively by all nations. The President said the Ukraine War is one example that has reversed gains that countries were making to tackle poverty. He said ending War is not only the responsibility of those directly involved but all nations. Read more: ZNBC

Zambia and China will next week host the first ever trade and investment forum. The forum is aimed at attracting trade and investment in the two countries. And government has commended the continued strong bilateral relations existing between the two countries which date back to the pre-independence era. Acting Commerce Trade and Industry Minister Elias Mubanga says Zambia considers China as a strategic trade investment partner. Read more: ZNBC

Zambia Environmental Management Agency (ZEMA) has approved 25 projects with an estimated investment cost of US$ 66,052,786. ZEMA Acting Manager- Corporate Affairs Mercy Zulu told Money FM News that a total of Thirty Environmental Impact Assessment (EIA) reports were considered from various developers and sectors across the country at the second extraordinary meeting of the Board. Ms. Zulu revealed that out of the 30 projects considered, 25 projects were approved and 5 were deferred. Read more: Money FM

Zambia’s Official Creditor Committee (OCC) is expected to agree on comparable terms that will support the country’s broader goal of fiscal sustainability. This follows the subsequent provision of financing assurances by the OCC last month and the International Monetary Fund (IMF) board approval for the three-year US$1.3 billion Extended Credit Facility (ECF) for Zambia. Times of Zambia 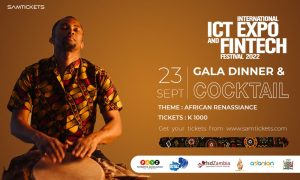 International Business and Finance in Partnership with ICT & FINTECH EXPO 2022

Sri Lanka’s annual inflation rate surged to more than 70% in August as it struggles with its worst economic crisis in over seven decades. Official data also showed food prices rose by 84.6% compared to a year ago. The South Asian nation of 22m people was plunged into financial and political chaos this year as it faced a shortage of foreign currencies. Read more: BBC News

Interest rates are expected to rise for a seventh time in a row when an announcement is made later on Thursday. The Bank of England is widely expected to increase rates by half a percentage point, or possibly more. Last month’s half a percentage point rise to 1.75% was the largest increase for 27 years. Such a move would be an attempt to slow the rate of rising prices. The last time interest rates were this high was during the 2008 financial crisis. Read more: BBC News

There will be “people on the street” globally unless steps are taken to protect the most vulnerable from inflation, International Monetary Fund’s (IMF) chief Kristalina Georgieva warned on Wednesday. “It is important to think that this compounded impact of multiple crises is already testing the patience and resilience of people. And if you don’t take action to support the most vulnerable, there would be consequences. If we don’t bring inflation down, this will hurt the most vulnerable, because an explosion of food and energy prices for those that are better off is inconvenience – for the poor people, tragedy. So we think of poor people first when we advocate for attacking inflation forcefully,” Georgieva said. Read more: CNN

Just like misery, inflation loves company. And as price increases linger near 40-year highs, the United States has plenty of it. A perfect storm of stimulus cash during the pandemic, a strong demand for goods, geopolitical chaos and supply chain kinks have led to a surge in prices globally. In Great Britain, inflation stands at just under 10%, the highest in the G7. In Turkey and Argentina, annual inflation rates are forecast to clock in at a whopping 80%. Read more: CNN

In 62 trades recorded yesterday, 19,918 shares were transacted resulting in a turnover of K68,214. A share price loss was recorded in Zambeef of K0.01. Trading activity was also recorded in Copperbelt Energy Corporation, Investrust, Chilanga Cement, Standard Chartered Zambia, Zanaco, Zambia Sugar and CEC Africa on the quoted tier. The LuSE All Share Index (LASI) closed at 7,210.58 points, 0.01% down from its previous close of 7,211.27 points. The market closed on a capitalization of K72,318,030,736 including Shoprite Holdings and K37,535,345,296 excluding Shoprite Holdings.